Just another day in Tanoa...

Had a really fun AO there on Tanoa capturing the town of "Savaka" near the peninsula at Katkoula. We had a helpful HQ, "Cuddles" on that decided to grant us an infantry Blackfish for our initial insert. We decided what with nearly all approaches covered by sea that we'd attempt a scuba insert after parachuting in, then hit the coast on the NE and take the Datalink by surprise. We loaded up our kit and hopped in the Blackfish with our good pilot "Swifty", then took off for the main AO. 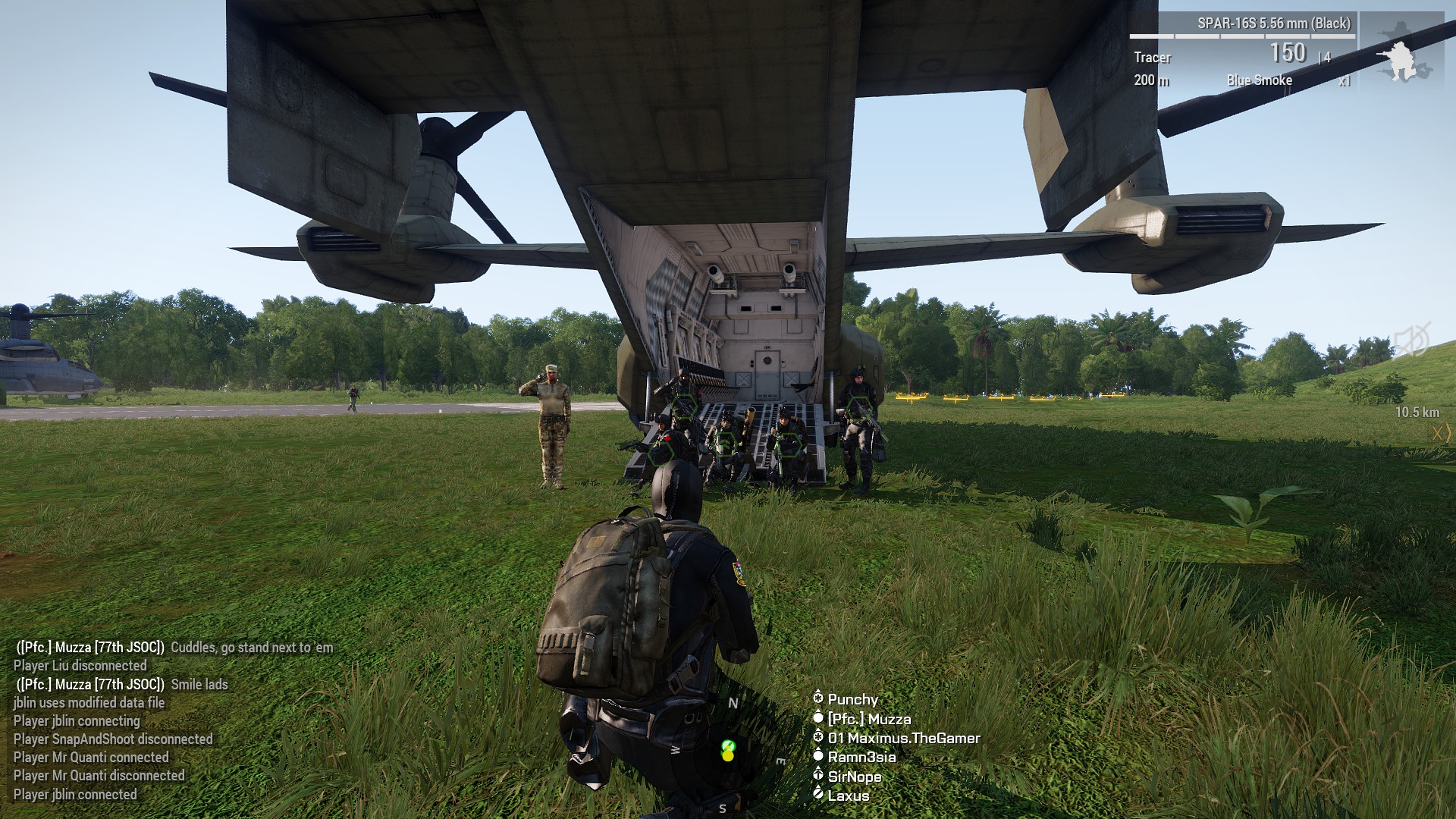 The initial drop went pretty good, Swifty called green light and at 3000 metres up we jumped, having all but one of our squad members make it down to the water with the last only having some minor problems with getting Arma'd... 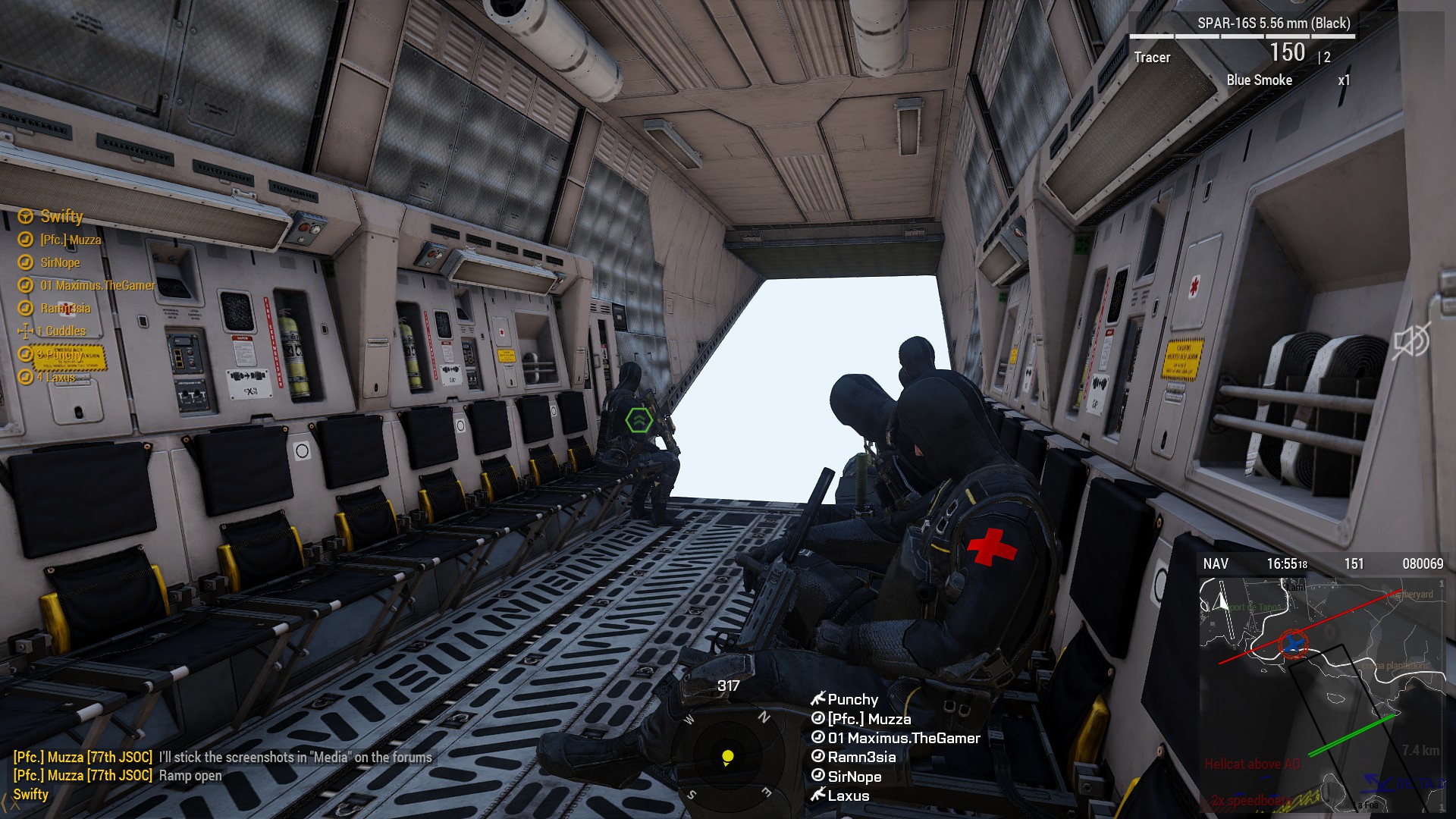 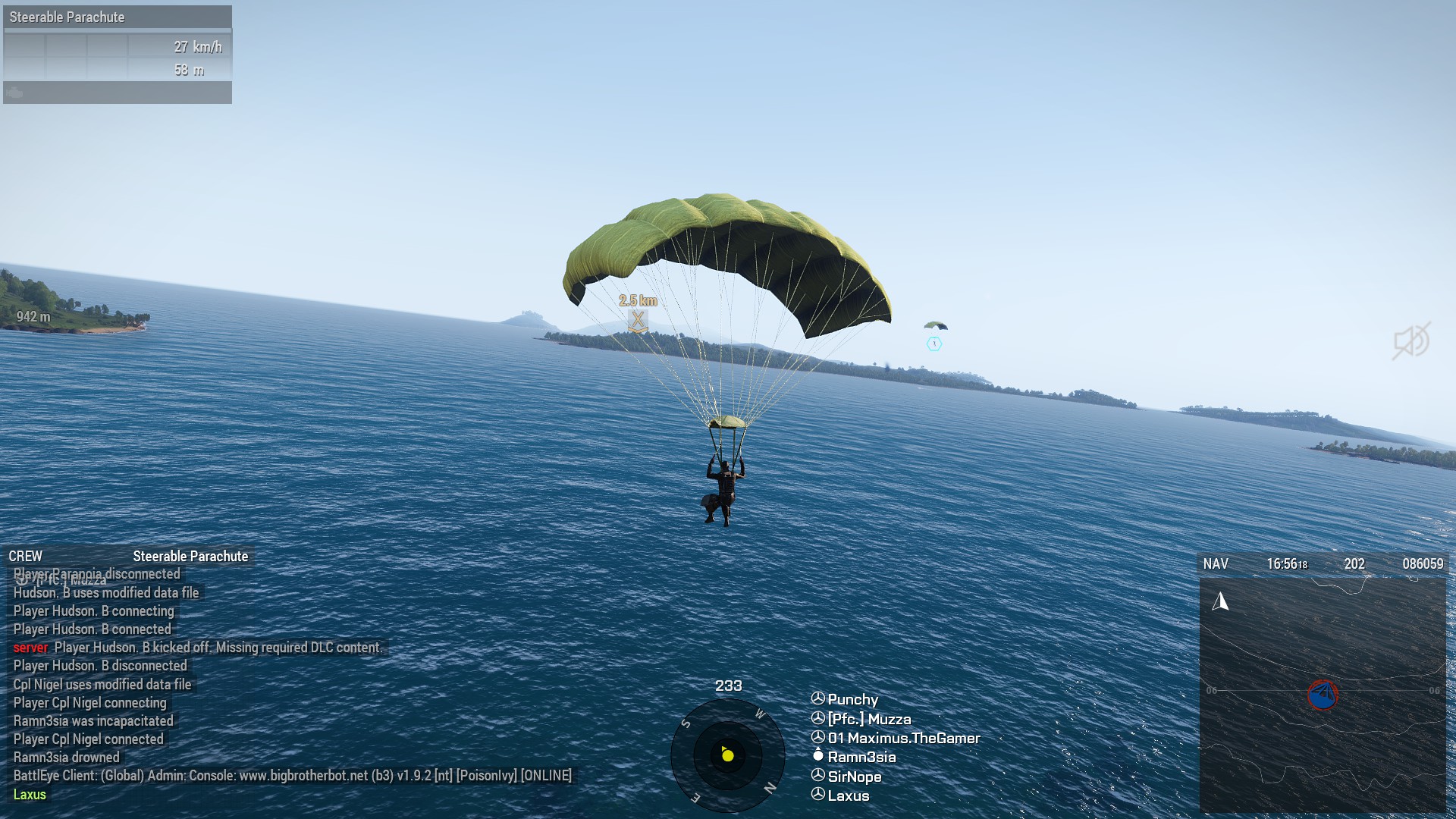 After that came a long swim in the depths to the AO, while multiple squads all hit from the one side on land that was connected, getting hit pretty hard from CAS. We could tell from side chat alone how rough it was going for them compared to our approach. 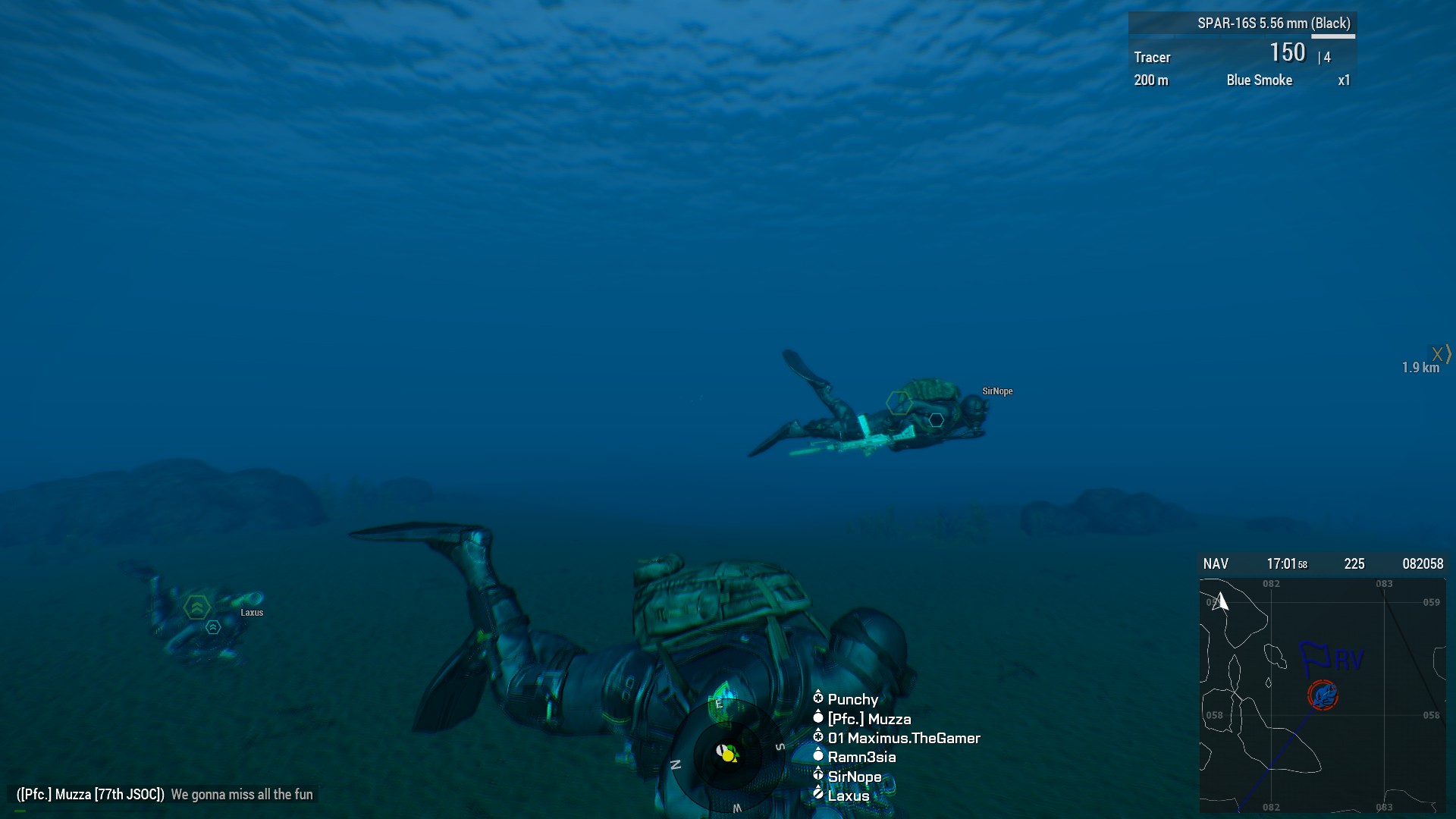 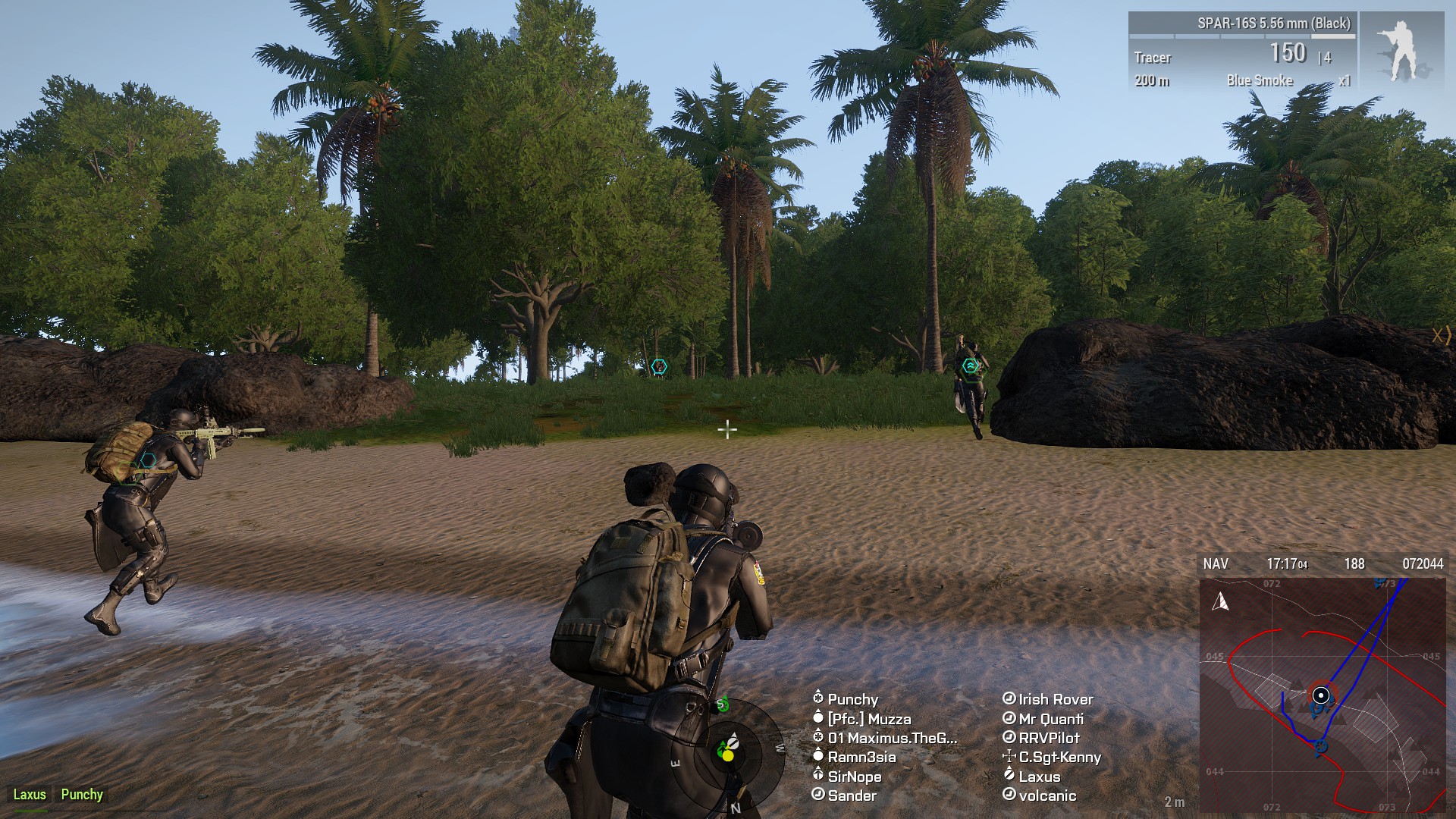 We beached at the north east corner of the AO between two cliff-faces, then sprinted for the datalink and managed to take it with relative ease, before CSAT decided to immediately launch a counterattack... 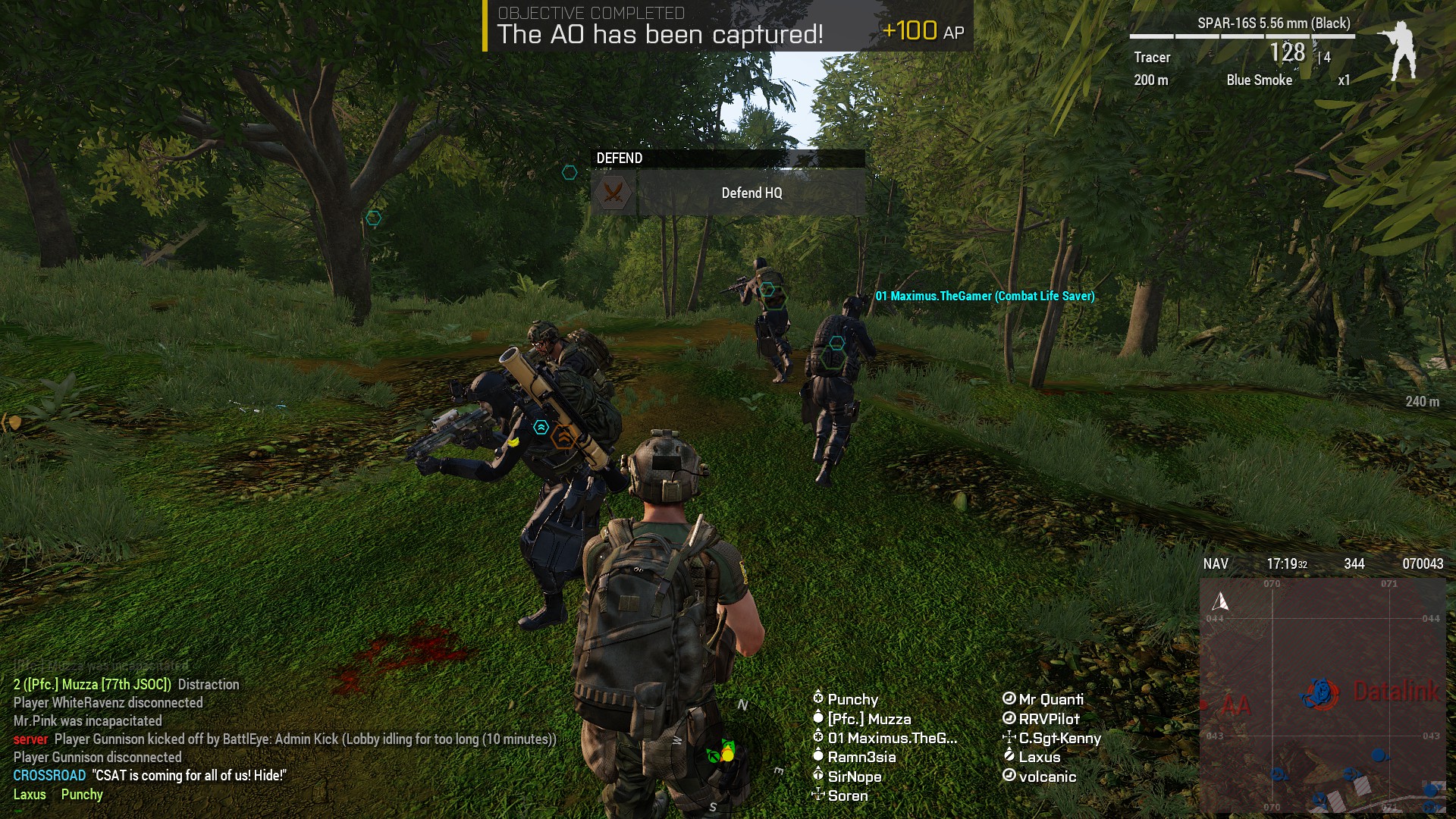 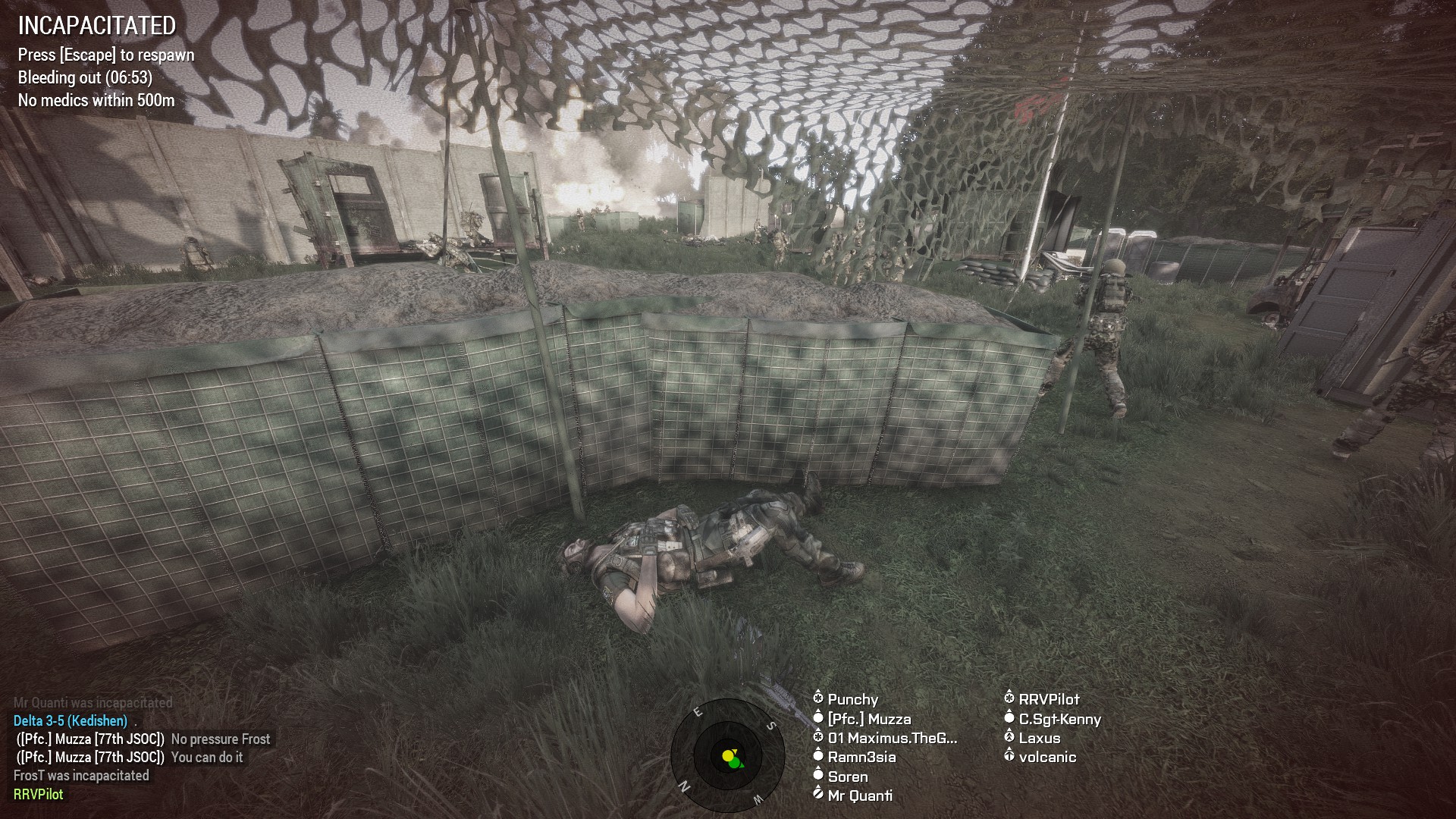 Safe to say the defence mission was a spectacular disaster despite medics running back and forth constantly trying to keep the whole thing together, but got overwhelmed with CAS and armour. Would do it all again though and credit goes to the squad leader Laxus keeping it together and the few patient souls that spent the long journey swimming to the AO with us. All in all though was a blast and we had fun.


Just another day in Tanoa.
3
"It only ends once. Anything that happens before that is just progress."